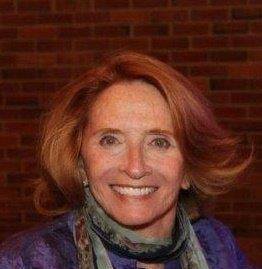 Ginger Lane has been a dancer, choreographer, and teacher for over 40 years.  Originally trained in classical ballet, she went on to study other dance forms, establishing her own studio and creating works for companies and school districts in the Chicago area.  Ginger began to explore physically integrated dance after acquiring a spinal cord injury, collaborating, performing, and choreographing with the Joffrey Ballet of Chicago, MOMENTA Dance Company, and Dance>Detour, Chicago’s first mixed-abilities dance company.

As Arts & Culture Project Coordinator at Access Living, Ginger produces an annual physically integrated dance concert, CounterBalance, started in 2008, and is proud to be co-Artistic Director along with Stephanie Clemens, director of MOMENTA dance Company.  This concert presents the very best work of dancers with and without disabilities, both Chicago-based and internationally known.

Ginger was part of the original fledgling Disability Arts & Culture Committee in 2004, which developed into the current Bodies of Work (BOW), producing festivals in 2006 and 2013, an active Disability Pride Parade participant since its inception, and a strong Disability Rights activist.

Prior to her current position of Arts & Culture Project coordinator at Access Living, a post she has held since 2008, Ginger served as Peer Counseling coordinator  for 19 years, providing individual and group counseling to patients and families at the Rehabilitation Institute of Chicago and other local hospitals. She has been a certified domestic violence counselor since 2003. Ginger developed and conducted Disability Awareness Trainings and curricula for business and government entities in Chicago, Philadelphia, and Washington, D.C.

As a community organizer she helped found the Women with Disabilities Center at RIC in 1991, the first community-based center providing comprehensive gynecological services to women and girls with disabilities in the country.  Under her chairmanship the Center provided support groups, seminars, mentoring, and clinical services, published an award-winning newsletter, and was honored with numerous awards over the years.

Ginger served on the board of the Rehabilitation Institute of Chicago for 15 years, and on the Ronald McDonald Charities Board for 11 years.